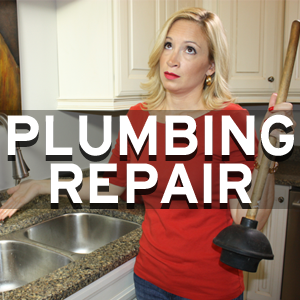 Are you struggling with plumbing problems? Most folks in the Southwest Florida area know that Home-Tech is the most reliable and dependable company for appliance and air conditioning repair from Sarasota to Bradenton and everywhere in between. We’re the first name you think of when your air conditioning goes down, if your refrigerator flakes out, or your stove top loses its spark. But, did you know that you can add to our Gold & Silver Service Agreements a Plumbing and Electrical option to cover minor plumbing problems? And we all know, there’s nothing worse than a plumbing problem to make you seriously appreciate the skills of a talented plumber.

In fact, plumbers have become so important over the years, that many have achieved celebrity status:

Find out more about the plumbing (and other options) available with our Gold & Silver Service Agreements by calling (800)-800-8356 ext. 3. 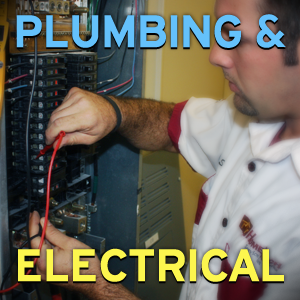 Come Fix Plumbing Problems With Us!

Home-Tech is currently looking for more skilled, experienced plumbers to join our team at the best place to work in Southwest Florida – where we’re employee owned! With paid vacation, paid holidays, stock options, excellent health insurance options and more, you’ll want to be part of our Home-Tech family.

Nick was awesome! He was working next door, I told him my problem. 10 minutes later I had a fixed washer, service agreement and happy wife! Thanks Home-Tech!

I have had the Home Tech service plan and have always been very satisfied with their promptness to address any problems. There must be something to be said for an employee owned business. I have said time and again thank God for Home-Tech.

Your guys were on-time, pleasant, and efficient. This is just one of the reasons why I have been with Home Tech for over 10 years. I trust their work and I know the company is careful in their hiring of qualified people.

Quick efficient and pleasant. All your techs are great. Attaboy!

We have home warranty with Home-Tech. A/C was out when we got home yesterday. Called, within the hour they were out here. They ordered the part, was out today and had us up and running and no charge. We’ve always been so pleased with Home-Tech!

When my fridge in my old house packed up, I called them immediately. Steve was pleasant and efficient. He offered me a years contract that would include the repair I had just called him out for. What a bargain! Great service and saved money too!

I’ve been your customer for some time. Your man did a good job on my AC system.

Alfy came early and completed the service in a speedy manner. He was very courteous and did a great job. I am so happy to have Home-Tech and whenever I have needed service they are always prompt and do a wonderful job. Thanks so much!